The Refugee Crisis Is Not a Political Debate: It’s a Gospel Issue 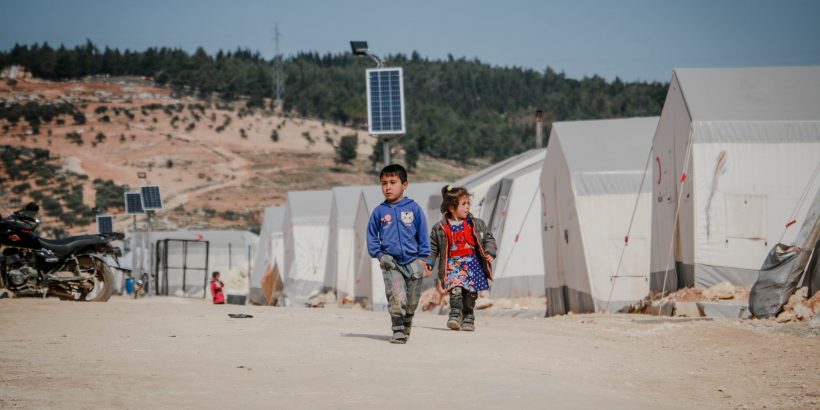 In the US, the word “refugee” has seen a lot of use in the last few decades. We have heard a steady stream of news about refugees from Middle Eastern Islamic countries like Afghanistan, South and Central American countries, and more recently, Ukraine. In fact, it seems safe to guess that many of us have become desensitized to the word and the meaning and stories behind it.

The Oxford Dictionary defines “refugee” as “a person who has been forced to leave their country in order to escape war, persecution, or natural disaster.” Often, the cause for refugees leaving their country is political or religious but not always. Famine, hurricanes, and earthquakes are common causes as well.

The Refugee Crisis is Not New

The idea of refugees is far older than any current political struggle or even those in memory. It dates back to early history and biblical times.

Examples of biblical refugees abound. Because of his sin, Cain is forced to leave his homeland and wander. Noah is a kind of refugee from the Flood. Abram travels to Egypt because of a severe famine. Lot and his family flee Sodom. Jacob and his sons move to Egypt to escape famine. Elimelech, Naomi, and their sons travel to Moab, also because of a famine. Elijah is forced to run from Ahab and Jezebel. Refugees flee from Moab when Assyria invades and beg Israel for shelter. Joseph, Mary, and Jesus flee to Egypt because of Herod’s search for Jesus.

God Asks the Israelites to Shelter Their Enemies

If we zoom in on refugees fleeing Moab, it’s significant to remember that the Moabites were enemies of Israel in the past, but God says the Israelites should shelter them and allow them to sojourn among them.

“Give counsel; grant justice; make your shade like night at the height of noon; shelter the outcasts; do not reveal the fugitive; let the outcasts of Moab sojourn among you; be a shelter to them from the destroyer” (Isaiah 16:3-4a)

Hospitality was a huge value in the biblical world, and the Israelites welcoming the Moabites is a great example of that! In Ezekiel 16, God says that the sin of Sodom was that she had abundance of bread, but did not help the poor and needy. This lines up with Jewish interpretations of the destruction of Sodom which say that their sin could be summed up with failure to show hospitality, sexual sin being a horrible opposite to hospitality.

It can be easy to miss that many biblical people were refugees because we know the end of their stories. We know that God was with Elijah and provided for him. What we overlook is that God used people to help many of them. Though she had nothing, the widow of Zarephath was used by God to shelter Elijah, and in return, God used Elijah to sustain her and her son. God always provides for the needs of his people, but He often uses people to do so. Ravens with bread are the exception, not the rule.

God’s intention that refugees be cared for is made clear in both the Old and New Testaments. The law made clear that strangers, sojourners, and foreigners were to be treated as no different than native Israelites.

Jesus, speaking of the final judgment, makes clear that those who belong in the Kingdom of God will be those who serve all they can, regardless of who they are.

“Then the King will say to those on his right, ‘Come, you who are blessed by my Father, inherit the kingdom prepared for you from the foundation of the world. For I was hungry and you gave me food, I was thirsty and you gave me drink, I was a stranger and you welcomed me, I was naked and you clothed me, I was sick and you visited me, I was in prison and you came to me.’ Then the righteous will answer him, saying, ‘Lord, when did we see you hungry and feed you, or thirsty and give you drink? And when did we see you a stranger and welcome you, or naked and clothe you? And when did we see you sick or in prison and visit you?’ And the King will answer them, ‘Truly, I say to you, as you did it to one of the least of these my brothers, you did it to me'” (Matthew 25:31-40).

This is much broader than just refugees, but refugees are certainly included.

Serve Strangers and Foreigners for the Sake of the Gospel

So why does God call us to do this? What purpose does He hold for asking His children to serve strangers and foreigners? The obvious answer is the Gospel. Those who are statistically most likely to trust in Christ as Savior are those whom God has stripped away many of the things of this world. Who better than refugees? And for those fleeing trouble who already belong to Christ, the outreach is two-fold. Not only can we serve our brothers and sisters in Christ, but God has said that one of the major ways the world will know us is by our love for one another. When the world sees us caring for our own in need, the cause of the Gospel is also advanced.

Perhaps the less obvious reason God would have us serve strangers and foreigners is the sanctification of our own hearts. To accept people we do not know into our homes requires trust. The trust cannot be in them, for we do not know them. It must be in God, who has called us to this action. To spend money we don’t feel is excess on people we don’t know also takes trust, believing that God will provide for us as we provide for them. As we reach out and do what is uncomfortable, our comfort zones grow, and we begin to see more and more glimpses of the grander story God is telling and how He is providing for His children around the world. Our views expand, and our hearts are better for it.

Many Live Global national partners serving all over the globe focus on refugee care in the ministries they lead. We could share countless stories of God bearing fruit through their efforts, but here are just a few:

You Can Serve Refugees Alongside Our National Partners

National partners serving refugees invite your prayers and service alongside them. Learn more about their projects at the links above and explore ways to jump in. We’re here to help you get started!

How a Family with a Freeze Dryer Serves Cuba with Eggs

When they bought their freeze dryer, they didn't understand why they felt compelled to buy it for ministry. But this showed them God's plan. 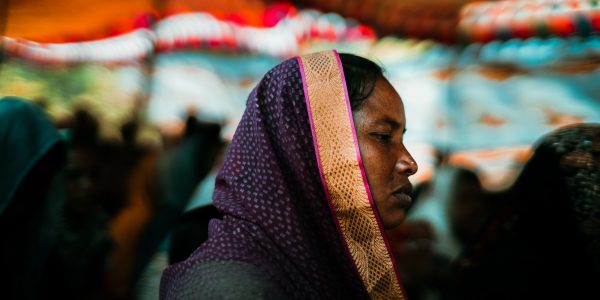 All 7 things taken together mean God has done everything necessary for those who have never heard the Gospel to be saved.